How Does IceCOLD Work

How Does IceCOLD® Work?

What Is Oil Fouling?

Oil Fouling of the heat transfer surfaces of air conditioning and refrigeration systems, will cause a loss of efficiency that will continue to accumulate.

ASHRAE (American Society of Heating, Refrigeration and Air-Conditioning Engineers) confirms that over time performance is degraded by 30% due to the build-up of lubricants on internal surfaces. Higher percentages up to 40% have been observed in systems 20 years old or older.*

In all air conditioning and refrigeration systems, 0.5% to 8% of the compressor’s lubricating oil circulates with the refrigerant.  This oil attaches to the inner walls of the refrigeration tubing and acts as an effective insulator to heat exchange.  It is these oil deposits that ultimately block heat transfer and reduce your system efficiency.

Equipment suppliers may state that in a particular system, migrating oil concentration has been reduced to only 1%. This 1% being referred to is 1% of the total oil volume. If a compressor holds four quarts, or 128 ounces of oil, then at 1%, 1.28 ounces is flowing through the system at any given time. Since a capillary tube, the oil pressure switch or expansion valve can be fouled with a few milligrams of oil, and when 1% of any oil charge is flowing constantly through the system, the system will become oil-fouled.

Some of the techniques used by manufacturers to control migrating oil include the use of mechanical devices such as separators, skimmers, drums, heat sources, suction risers, traps and pumps. However, according to ASHRAE’s Handbook*, these high-tech designs are not efficient enough to remove all of the unwanted oil. Although the mechanical solutions may reduce the problems of restricted or plugged capillary tubes or sticky expansion valves, they do not resolve the boundary layer oil fouling over time.

The heat transfer efficiency loss due to oil-fouling is restored to near new equipment levels by using IceCOLD®’s synthetic catalyst to break the Van der Waals (surface tension) forces between the oil globules and the walls of the refrigeration tubing. The absence of oil-fouling restores the loss of 20% to 30% heat transfer efficiency.  An added benefit is that the capillary tubes, expansion valves and heat pump’s 4-way valves are also cleaned and will not oil-foul again.

The result is that IceCOLD® delivers an average financial payback period of under twelve cooling months, and a Return on Investment can be as high as 500%. 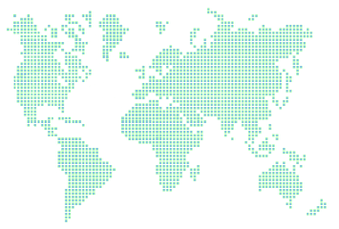 Distributed to commercial, industrial and public sector organizations, in countries throughout the world.

IceCOLD® is a unique, award-winning technology. In most cases the payback is less than 12 cooling months.